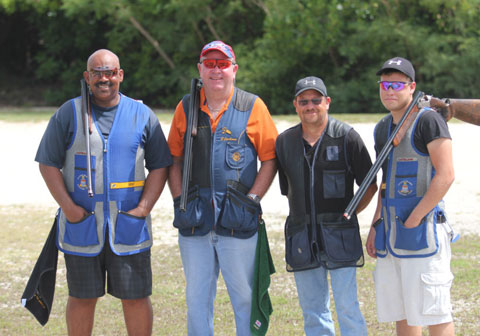 The Cayman Islands clay shooting team knows it will be up against full-time world and Olympic champions when competing at the Commonwealth Games in Glasgow, Scotland later this month but this tight unit is nevertheless upbeat.

Managed by Kevin Schirn who has led the team since 2001, veterans Eddie McLean and Chris Jackson are joined by teenager Andrew Schirn, Kevin’s son.

Shooters on target for future